The entity I channel predominately appears to me as a Tibetan monk in saffron robes, balding and ancient. For lack of a better name (He’s never given me a surname.) I call him the Old One or just Old One. I began to channel him in August of 1985 at the aforementioned Starlight Farm. KayRW 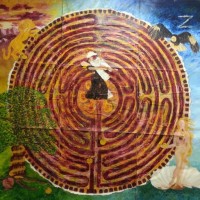